We all know there’s no such thing as a free lunch.

5G is set to revolutionize many aspects of mobile communications over the next several years, bringing unprecedented speeds, broad connectivity, and new types of innovative applications. But – like with everything that seems too good to be true – there’s a catch.

The very things that make 5G so powerful could also limit it in critical ways, some of which may be lost in all the hype. Some of these technical factors are centered around the way 5G operates – through high-frequency “millimeter” waves and multiple-input multiple-output (MIMO) connections – while others are related to the microprocessors that make it all work.

Here are some of the trade-offs that consumers will have to consider as 5G continues to roll out in major cities and devices begin to become available.

You just got your new, long awaited 5G phone. You go through the ceremonial unboxing, turn it on, and what’s the first thing you notice at the top of the screen? 4G –LTE… Huh?

The face of 5G is the millimeter wave. This high-frequency radio signal can pack a huge amount of digital data into each transmission. But this is where 5G has to pay for its lunch. A high frequency means a short wavelength, and short wavelengths have difficulty transmitting through barriers, around obstacles, and over distances. Where 5G shines in bandwidth it’s severely limited in range.

5G is not replacing the previous generations of communication networks, but rather is piggybacking on their infrastructure. 4G, LTE, and 5G protocols will, in fact, work in conjunction with one another. Due to the short range of 5G the repeaters need to be spaced in a much denser arrangement and closer to the intended service areas. This means that for many years full-fledged access to 5G will be limited to highly populated portions of metropolitan areas.

Even within those areas of coverage, there will be pockets (this is already the case in some of the first 5G cities) where 5G is unavailable due to physical obstacles or insufficient antenna placement. Due to the location and proximity of 5G small-cell antenna towers, as well as health concerns, the roll-out process is often hampered. The need for permits and approval is expensive and slow. A federal court just struck down the FCC’s bid to bypass environmental impact and historic preservation reviews, likely slowing deployment nationwide.

The earliest adopters of 5G phones may find themselves struggling to actually achieve consistent 5G functionality, as the phones will revert to 4G and LTE when the signals are weak or unavailable.

The relationship between 5G and battery life is a complicated one. This is one aspect of 5G that may not have a definitive answer until there is some hard data as consumer usage increases and the technology matures. One school of thought suggests that the low-latency and task automation associated with 5G will, at least in the long run, result in longer battery life because it will require less from the device’s internal processor.

In practice, however, initial tests conducted by CNET (https://www.cnet.com/news/the-6-hardest-truths-weve-learned-about-5g/) show a marked reduction in battery life on several of the currently available 5G phones. Why this is happening depends on who you ask. One theory is that limited 5G coverage causes the phone to switch between networks, which is highly taxing on the battery.

Another battery-limiting aspect is the amount of real estate available in each 5G device. 5G technology requires more space, especially for the MIMO antennae. This means that either 5G phones will have to be bigger, or else have smaller, lower-capacity batteries than equally sized 4G/LTE phones.

Manufacturers claim that newer chips and expanded coverage will allow 5G phones to last all day. Time will tell.

In order to take advantage of the 5G network you must have 5G-compatible equipment. This includes phones, internet routers, or any of the other connected devices in the anticipated 5G Internet-of-Things (IoT). These devices will come at a premium pice due to their added functionality, but without access to 5G signals they will just be expensive power hogs.

The first 5G phone service providers (Verizon, Sprint, and T-Mobile) are not currently charging extra for 5G plans, but this could change as the network expands and becomes more congested.

Before getting sucked into spending a fortune on the latest and greatest 5G gadget that everyone is buzzing about, consumers should do their due diligence and be sure to understand what they’re getting for the money.

Here’s a summary of the 5G rollout thus far: 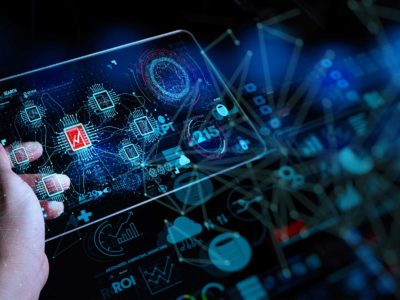