New parents strive to do everything they can to protect their growing, happy babies. They will check on them often, listen for the subtle cries, and may even listen or watch their infant from a wireless baby monitor from another room in the home. However, introducing a baby monitor into your child’s room could be asking for trouble. Future health trouble.

Studies have shown that a wireless baby monitor is just as dangerous as putting your child to sleep next to a microwave oven because of the hazardous levels of radio frequency radiation.

How Baby Monitors Compare To Microwaves

Most baby monitors use Wi-Fi and typically emit radio frequency radiation around 850 MHz or higher. (A microwave gives off around 1 GHz) While no one would think that the two products were similar, science shows that they can be comparable.

Most people utilize microwave ovens for heating food. Baby monitors essentially do the same thing, to the air around them at least.  When you place a baby monitor within a few feet of your baby you are introducing mass amounts of radio frequency (RF) radiation to your developing newborn. RF has been shown in studies to alter the DNA of plants, animals, and people. This cooking action is essentially how that alternation takes place.

WHO Lists Baby Monitors As A Possible Carcinogen

The World Health Organization says that anything that emits radio frequency radiation has the potential to be a carcinogen. This means that baby monitors are known to have the potential to cause cancer. WHO is currently studying the exact effects of radiation at all levels on people.

Other peer-reviewed studies have already indicated that RF radiation is cancer-causing and can alter the DNA of living things. This is scary, considering it’s the parents’ job to ensure the safety of their children, yet something as simple as a baby monitor can have life-changing effects on them.

Other Studies Regarding RF Radiation

Recent studies have shown a direct correlation between radiation exposure and autism. Given the uptick in autism statistics, a study published in the US National Library of Medicine showed that RF Radiation is dangerous to living things. What was once not considered an environmental toxin, RF is now regarded as toxic to people and may be associated with the dramatic rise in autism cases.

The American Academic of Pediatrics, while not explicitly calling out RF, has suggested that frequent and prolonged exposure to radiation, in general, can have detrimental effects on child development. It can also cause:

These mimics finding from a study on firefighters that showed prolonged exposure to RF radiation, from a cell tower on the roof of the firehouse, had definitive neurological disorders and diseases as a result of the environmental toxin.

While no one would have suspected that baby monitors played any role in the emission of radiation, studies have contradicted this belief. Countries such as Switzerland provide warnings to parents about the dangers of baby monitors and radiation-emitting products. Unfortunately, the United States is not so quick to offer these safeguards and promote the use of these types of products as safe. 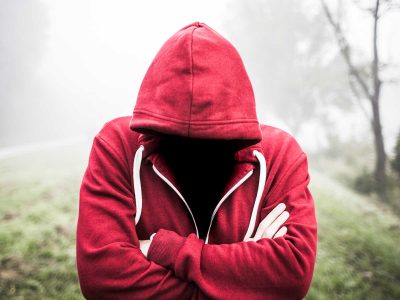