Just months after acquiring Sprint, T-Mobile is filing injunctions and petitions to get out of what they are stating as “additional requirements” to what was initially agreed upon with the California Public Utility Company (CPUC). If an agreement cannot be reached soon, the two parties may be battling it out in court.

Why Did the Merger Take Place?

The acquisition of Sprint for T-Mobile was initially made to reduce the number of wireless phone competitors in the marketplace. This move also reduces the number of antennas around the United States since there will be just three significant competitors rather than four. The competitors include AT&T and Verizon.

The merger and acquisition were complete on April 1, 2020; however, the CPUC did not approve it until April 16. Now T-Mobile is stating that requirements have been placed on the company above and beyond what was originally agreed on at the time of the merger.

What Actions Have Already Been Taken?

T-Mobile has petitioned the CPUC and is asking for two additional years to meet the 5G build-out requirements imposed on the mobile phone company. In addition, T-Mobile is asking for a condition of 1,000 new employees to be eliminated from the requirements from the state of California.

Initially, when plans of the merger and acquisition (M&A) were first discussed in 2018, T-Mobile wanted six years to complete the installation of 5G infrastructure in California. This would have made the completion requirements due in 2024. However, since the merger did not happen until 2020, T-Mobile is still planning a six-year process to get 5G up and running, where California is pushing for the end of 2024 to be the completion date still.

Citing COVID-19, hundreds of employees were laid off in early June. T-Mobile insists they plan to fulfill the status-quo agreement regarding employees but wants the 1,000 employee increase removed from CPUC requirements. T-Mobile stands firm in its position that the employee increase was never part of the original documentation and was added after the merger took place. CPUC says the fact that the merger took place prior to their final approval of the M&A is not of their concern.

The third complaint noted in the T-Mobile petition against CPUC is related to testing the network’s infrastructure. While T-Mobile agreed with the FCC and California Emerging Technology Fund that they would test their network for performance and speed, CPUC added a condition that CalSpeed, a third-party testing company, would oversee and test the system. T-Mobile is disputing the requirement stating that CalSpeed would be performing an “unnecessary, duplicative process” that they will already be completed in house.

What Does This Mean for T-Mobile and CPUC?

If the CPUC does not allow T-Mobile to extend the 5G deadline, remove the new employee requirements and remove the need to utilize CalSpeed for system testing, as petitioned, T-Mobile feels they will have no other option than to bring a lawsuit against the CPUC.

T-Mobile feels that CPUC has no jurisdiction over mandating the number of employees they must maintain and hire, nor were there any penalties outlined for failure to meet these requirements.

However, T-Mobile has said that they plan on creating new, high-paying jobs within their company without an exact number or drop-dead date imposed. 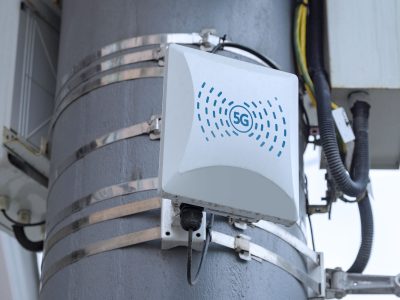